After the accession of Indonesia in August, Thailand formally enters the ASEAN Venture Council (AVC). The council, spearheaded by the Singapore Venture Capital & Private Equity Association (SVCA) invited both countries’ representatives to officiate a Memorandum of Understanding (MoU), signed in Singapore on October 11, 2016, which will create a major milestone in the growth of member countries in the AVC.

The following countries signed the MoU officiating membership to the AVC:

Dr. Jeffrey Chi, Chairman of Singapore Venture Capital & Private Equity Association said, “It is heartening to see the memberships of two strong markets to join the AVC. The purpose of creating this coalition is to bolster inter-country relations and to enable each of our markets to leverage each other’s strengths and innate potential.” He adds, “This marks a huge step forward in the ability of the AVC to further promote and support the regional entrepreneurial and financial ecosystem across the ASEAN region.”

Mr. Jefri Sirait, Chairman of AMVESINDO said, “So far there are only a handful of local startups from the ASEAN countries that are able to succeed on a regional level. We hope that, together with the other members of the AVC, we will be able to support promising local startups from all the ASEAN countries to succeed regionally as a first step, before eventually achieving success on a global scale”.

“TVCA is proud to be part of the ASEAN Venture Council and looks forward to supporting the Council and other members in all aspects. It is truly an exciting time for the ASEAN and Thailand startup ecosystems which have been developing rapidly. There are many things we can learn from and support each other, not only sharing the best practices and regulatory policies for VC investment but also collaborating on how we could support the local founders on their business development and expansion through our ASEAN region as one network,” said Mr. Thanapong Na Ranong, President of the Thai Venture Capital Association.

The addition of the new member countries will strengthen each country’s associations to collaborate and leverage their individual capabilities, synergies and best practices which in turn will support the regional entrepreneurial and financial ecosystem across the ASEAN region. In particular, the ASEAN Venture Council is intended to assist its member associations and their members promote venture capital across the region. This is set against an industry that has seen phenomenal growth in the past few years with the bulk of deals being cross-border in nature.

The ASEAN Venture Council will be an umbrella organization consisting of venture associations interested in the promotion of the ASEAN Venture Capital Ecosystem. It is intended to enable its member associations to promote and develop the venture capital industry in a more concerted effort across the region leveraging each other’s strengths and capabilities – particularly in the areas of events, advocacy, research, education and deal flow.

The Singapore Venture Capital and Private Equity Association (SVCA) was formed in 1992 to promote the development of the venture capital (VC) and private equity (PE) industry. From a humble start of two, our membership now exceeds a hundred and continues to grow in tandem with the industry’s development.

The thrust of SVCA’s activities are: to promote the professional development of the industry through awards, training, workshops and conferences; facilitate interaction and collaboration among its members through regular networking events; act as a platform for dialogue on regulatory and policy issues pertaining to VC and PE through data research, feedback and consultation with members and regulatory authorities; and build linkages to the centre of VC and PE activities in the region through active participation at regional and global VC & PE initiatives.

The Asosiasi Modal Ventura Untuk Startup Indonesia is a not-for-profit association formed in 2016 under the patronage of the Financial Services Authority of Indonesia (Otoritas Jasa Keuangan). AMVESINDO acts as a forum of communication, consultation and coordination for its members and as a body to work with other parties including the government, in supporting the growth of Venture Capital, Incubators and Startups in Indonesia, based on the principle of Pancasila and the 1945 Constitution of the Republic of Indonesia.

The Thai Venture Capital Association (TVCA) was founded in 1994 with the objective to promote venture capital (VC) and private equity (PE) businesses in Thailand. TVCA’s members consist of both VC and PE firms as well as diverse companies operating related businesses such as financial advisory firms, accounting firms and law firms. In addition to facilitating closer working relationship among members, TVCA has been working closely with the Thai government, public and private sectors, providing advice and support to promote VC leading practices and supporting policies in Thailand. 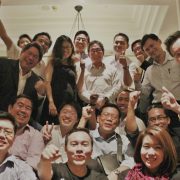 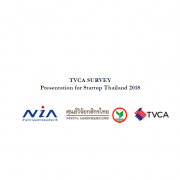 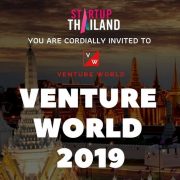 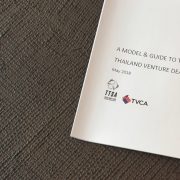 TTSA & TVCA announce an update to A Model and Guide to Term Sheet: Thailand Venture Deals 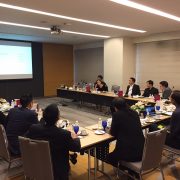 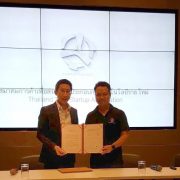